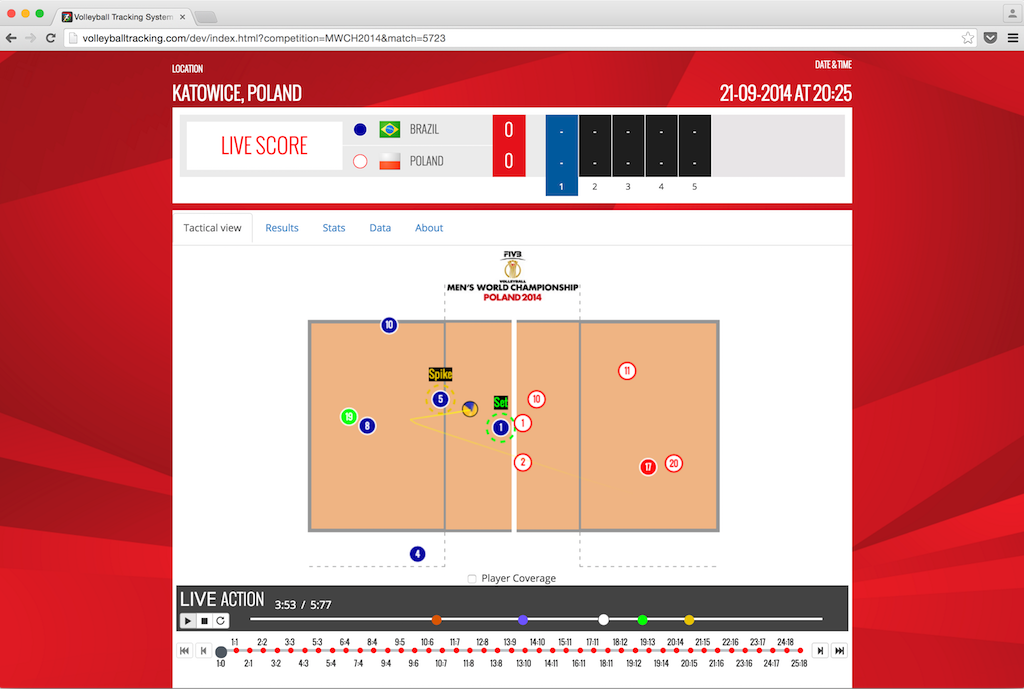 this tool has been used during the competition

computer vision algorithms output not only positions and speed of the players and the ball but also any player technical action such as: serve, spike, set or dig 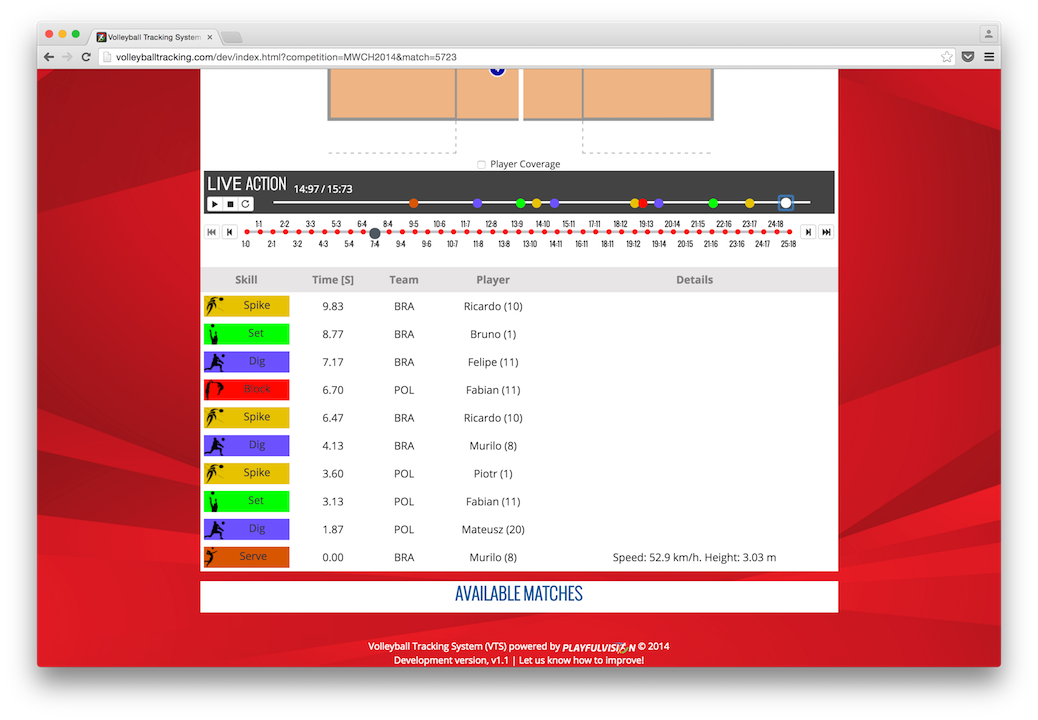 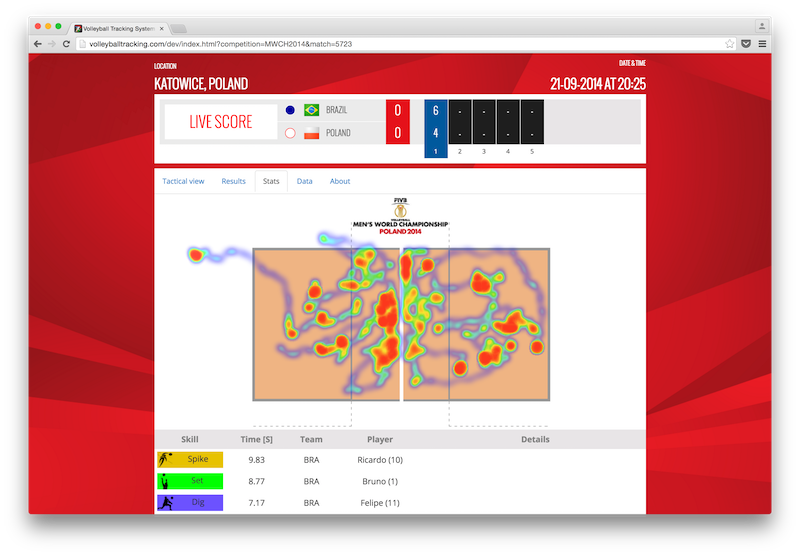